Nice one, ABC. That’s some top-notch journalism right there.

Firstly, I’m struck by the neutral tone of this article reporting on this…uh… “extra-legal”… murder. And I find myself wondering what the tone would be like if it was a nuclear scientist in a western country who had been killed. I can’t help but agree with the phrase “shameful double standards”. This was an act of terrorism, pure and simple.

Secondly: What, you couldn’t afford to have an actual interpreter translate the tweet? 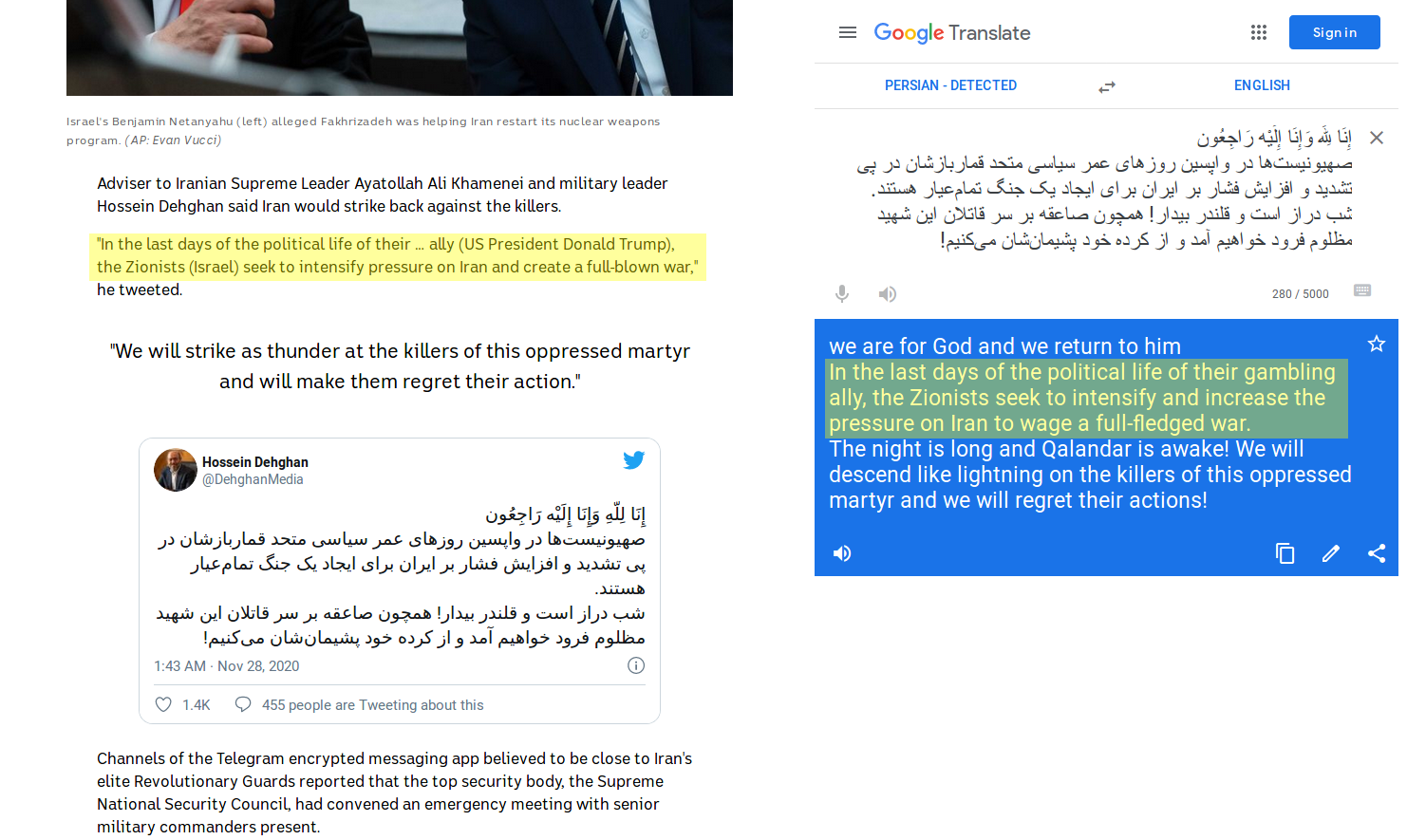 Nah, rather than wait an hour or two and spend maybe a couple of hundred bucks on having an actual interpreter give an actual translation of what was actually said, we’ll just run the tweet through google translate! And hey, if google translate returns something clearly nonsensical, we’ll just edit that part out!

Nice one, ABC. I can see why you’re in favour of making google and facetube pay for the media they link to. With reporting of this high caliber it’s clearly worth it.